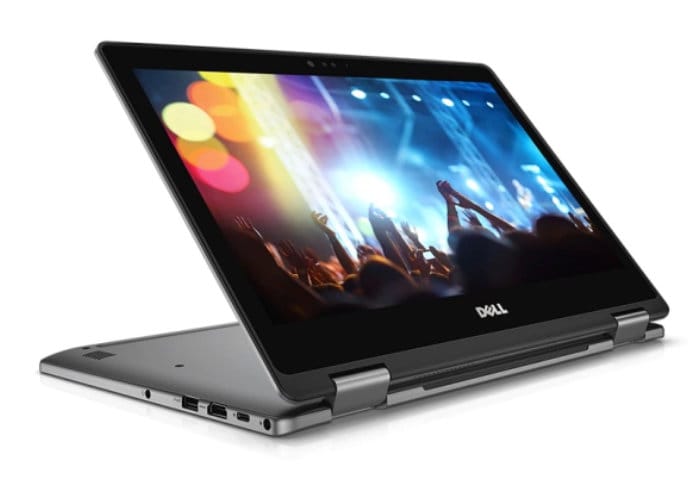 Following on from other manufacturers launching laptops equipped with the new AMD Ryzen Mobile processors, Dell has quietly introduced two new additions to its range of notebooks, in the form of the Dell Inspiron 13 7000 convertible notebook priced from $730 and the Dell Inspiron 15 5000 laptop with Ryzen CPU priced from $630 and up.

Dell has launched the new notebooks by quietly adding them to their list of available systems and without the normal press release associated with such events. The Inspiron 13 7000 takes the form of a convertible notebook offering the benefits of both a tablet and laptop with a choice of a Ryzen 5 2500U processor or Ryzen 7 2700U CPUs which can be supported from 8GB to 12GB of RAM, and fitted with a 256GB of solid state drive.

The Inspiron 13 7000 is fitted with a 13.3 inch touchscreen display offering users a resolution of 1920 x 1080 pixels. Other features include connectivity via USB 3.1 Type-C port, a USB 3.1 Type-A port, a USB 2.0 port, an HDMI 1.4 port, and an SD card slot as well as front facing camera for Windows Hello face recognition support.

While the Dell Inspiron 13 700 convertible is fitted with a touchscreen display offering 1920 x 1080 pixels and can be powered by a choice of AMD Ryzen 3 2200U, AMD Ryzen 5 2500U, or Ryzen 7 2700U CPU supported from 8GB to 16GB of RAM, and fitted with a 1TB hard drive. For more information on pricing and availability jump over to the official Dell website.