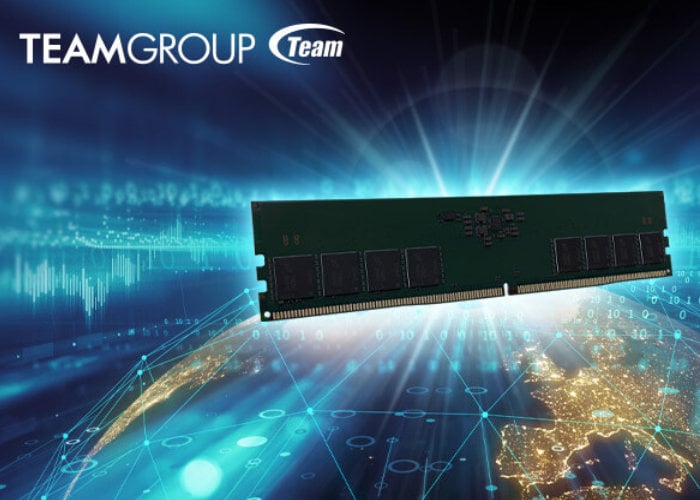 This week computer memory manufacturer TEAMGROUP has announced they will be releasing their new ELITE series DDR5 memory in 2021. The announcement has been made after JEDEC rolled out the DDR5 memory standard, “TEAMGROUP has been actively designing and working together with our IC manufacturing partners to pioneer and prepare for this new generation”.

” TEAMGROUP is leading the way with its first DDR5 memory under its global top-selling ELITE memory product line. It plans to release a 16 GB 4800 MHz module operating at 1.1 V, down from the 1.2 V of the previous generation. The data transfer rate is increased to 4,800-5,200 Mbps, an increase of up to 1.6 times while reducing power consumption by 10%. Today’s DDR4 memory with error correction code (ECC) requires an additional chip installed on the PCB, whereas DDR5 supports on-die ECC, a feature that self-corrects single-bit errors, greatly improving system stability. Anticipation is high for the efficiency improvements brought by the new generation, which can be utilized for big data and AI computing and other related applications.

TEAMGROUP has made ample preparations in 2020 to take the lead in the DDR5 market and will coordinate its releases with the DDR5 platforms of the top two CPU manufacturers, Intel and AMD. The company’s DDR5 memory is expected to be available as early as Q3 2021. TEAMGROUP has always stood out as a global leader and will continue to do so as it brings more powerful and stable next-generation products to consumers worldwide.”