What does Darth Vader do when he is not trying to take over the universe? He opens supermarkets and makes personal appearances to earn some extra Galactic Credits.

Yesterday Darth Vader and some of his Stormtrooper friends visited the NYSE to ring the opening bell, check out the video below. 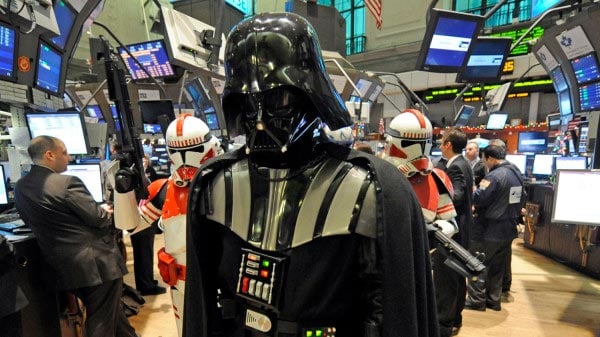 Darth Vader is escorted by storm troopers while touring the floor of the New York Stock Exchange, Tuesday, Dec. 22, 2009 in New York. To celebrate the lasting appeal of the Star Wars saga, Lucasfilm Ltd. executives and the Star Wars characters visited the exchange and rang the opening bell.

Image Credit: The Globe And Mail