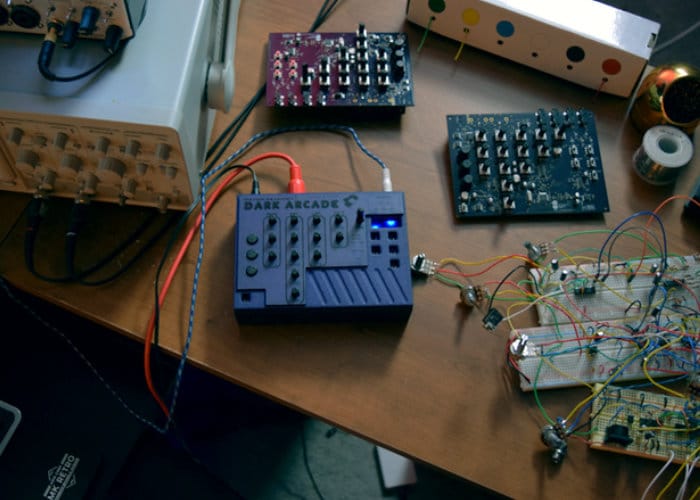 Developer and musician Stevey Yarusinsky based in Chicago has created a new low-cost paraphonic synthesizer module called the Dark Arcade, which is now available to purchase via Kickstarter with early bird pledges available from $120. If all goes well worldwide shipping is expected to take place during June 2019. Watch the demonstration video below to learn more about the synthesiser module and its features.

“External audio can be processed by the filter and amplifier section and external CV signals can be used to control the filter cutoff and amplifier gain. In addition to the hardware features, the software extends the feature list to include 4 voices of paraphony, 8-bit Karplus Strong synthesis, waveform blending, and many more. Below is a song produced with Dark Arcade in which all sounds (minus drums) are generated by Dark Arcade and then mixed with some basic effects (delay, reverb, and compression).”

For more details, and the full list of all available pledge options jump over to the official crowdfunding campaign page by following the link below. Features of the Dark Arcade include: