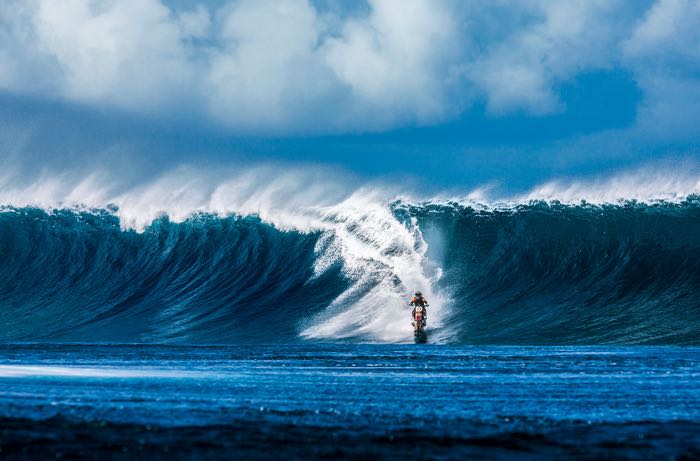 Forget surf boards and jet skis, what you need for surfing is a dirt bike, daredevil Robbie Maddison has been surfing on his dirt bike in Tahiti.

The video below shows Maddison surfing a wave and also riding his dirt bike across some fresh water in the jungle in Tahiti. 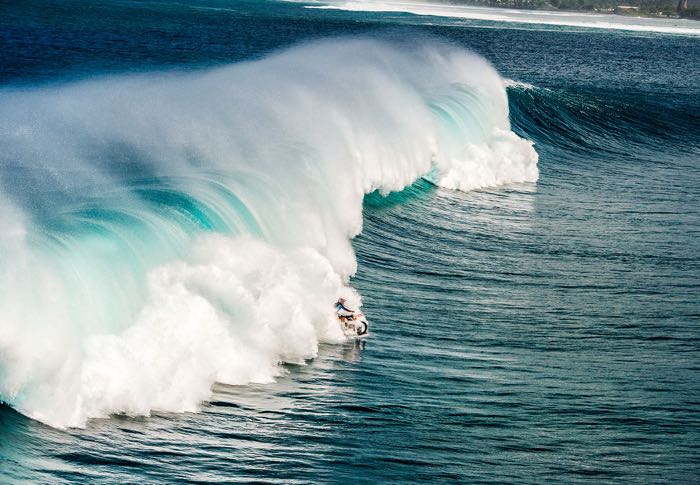 In the summer of 2015, Robbie Maddison and DC set out to blur the lines of what’s been done before and what’s only been dreamt of, in an attempt to fulfill a 3-year long ‘pipe dream’. Celebrated X Games medalist and multiple world record holding motocross athlete, Robbie “Maddo” Maddison, embarked on a journey to bring the juxtaposed beauty of nature and machine together to make his dream a reality. Often times up against seemingly insurmountable odds, Maddo achieved the career-defining feat of riding his dirtbike on the powerful, breathtaking, and iconic waves of Tahiti. It’s something you truly have to see to believe.

You can find out more details about this crazy surfing with a dirt bike at the link below.