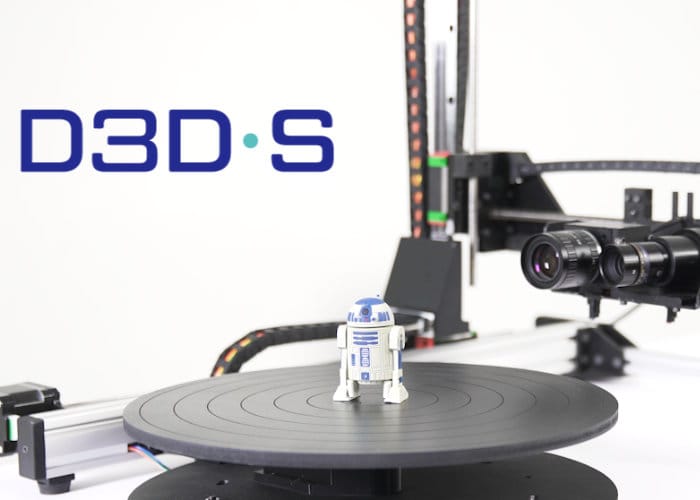 DSD has created a new high resolution desktop 3D scanner that will allow anyone to scan real-life objects and create detailed digital representations which can then be used to create 3D prints or 3D renderings. Watch the demonstration video below to learn more about the desktop 3D scanner which uses a new concept in 3D scanning to produce “unbelievable accuracy” say it’s creators.

The D3D scanner is available in a small limited run of just 10 systems in the first batch with each one priced at a limited time price of £1,759 or CAD$3200. Pledges are also available to reserve a 3D scanner in the next batch with pledges starting from £141 or CAD$256.

The 3D scanner is equipped with a five megapixel camera and uses light beam technology to scan objects up to a maximum size of 370three 70 x 300 x 3 50 mm. “A cup or apple can be scanned from a single position, but more complex objects will require you to repeatedly reposition the model and be fully engaged in the scanning process. We’ve solved this problem. The D3D-s was designed to not require repositioning, so all you have to do is place the object on the table and start scanning. Thanks to its 5 degrees of freedom, the scanner can access any part of the model. The special algorithm built into the D3D-s keeps track of the sections that have not been scanned and scans them separately.”

For more details and full specifications jump over to the official Kickstarter crowdfunding campaign page, where you can compare the specifications of the D3D scanner with competitors such as the HP Pro S2, HP Pro S3, Next Engine and EinScan-SP.