It’s actually called the Crouching Tiger and Turtle, a walkway that recently opened in the German city of Duisberg. If it reminds you of a roller coaster it’s because it is designed after a roller coaster. Oh well, pedestrian walkways have always been too pedestrian for their own good. It doesn’t hurt to have a few twists and turns in your path, just like in real life and during RPG games. 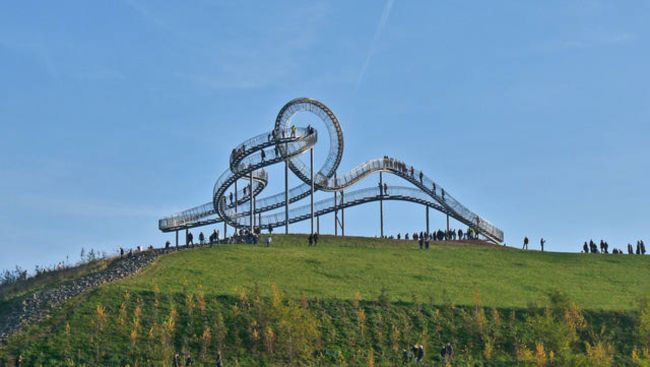 The Crouching Tiger has a catch though. If you follow the contours of the pathways, notice that the loops are totally inaccessible (unless you’re Spiderman, of course). The whole structure cost upwards of a million Euros to build and has since been drawing curious pedestrians and onlookers. The views are killer. Fortunately the Crouching Tiger and Turtle isn’t. Killer, that is. As in walking on it won’t kill. Oh man, that attempt at witticism just went somewhere horrible. Sorry.