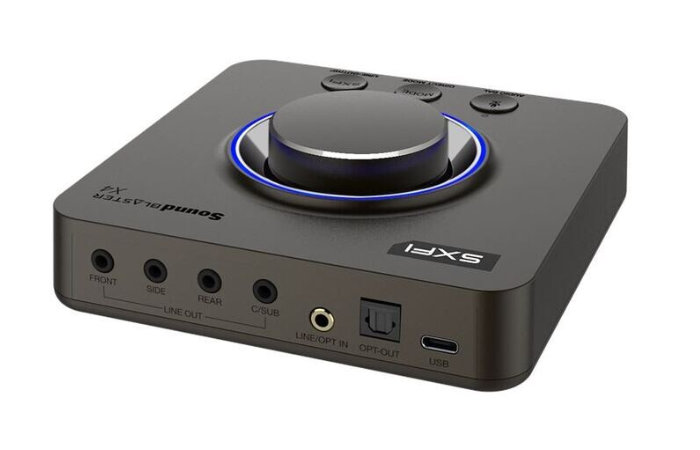 If you’re in the market for a new soundcard you may be interested in the Creative Sound Blaster X4 sound card launched this week featuring Super X-Fi technology, which garnered 23 best-of awards at CES last year. The Sound Blaster X4 soundcard offers the capability to drive studio-grade headphones of up to 600Ω with 114 dB audio clarity and 24-bit/192 kHz high-resolution playback and is now available to purchase priced at £135 all $188 and supports Windows PC, macOS, PlayStation 5, PlayStation 4 and Nintendo Switch consoles.

“Super X-Fi technology recreates the soundstage of a premium multi-speaker surround system in headphones, and personalizes it for a natural listening experience. Users will be able to enjoy a transformative audio experience that offers greater surround envelopment, depth, immersion and spatialization effects – like in a real cinema, a gaming battlefield or a concert hall.”

“The renowned Surround Virtualization technology, developed with more than 30 years of Sound Blaster’s audio expertise, is yet another highlight for the Sound Blaster X4. It enhances the spatial information of the incoming audio and optimizes it to offer users a complete and immersive auditory experience, up to 7.1 discrete and virtual audio channels.”