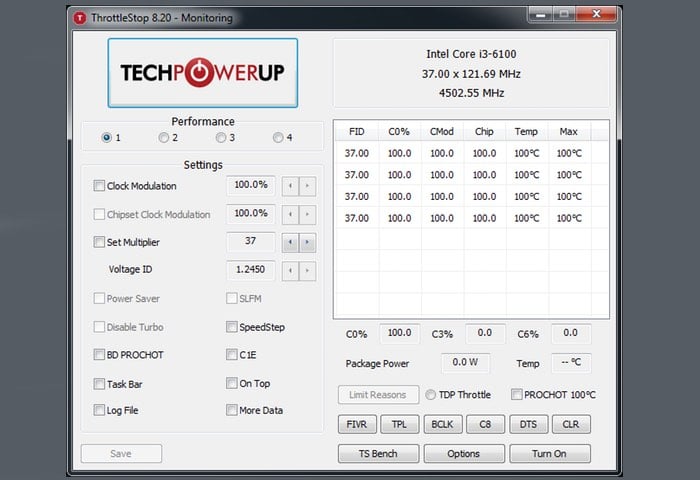 Tech Power Up has released a new version of its CPU power management software for Windows making available Throttlestop 8.30 to download and install with two new mini mode features and more.

ThrottleStop is an Intel performance monitoring and modification tool which has been specifically designed for laptop systems and allows you to tweak the CPU performance of your system.

As you might already know some manufacturers have a tendency to throttle CPU performance to protect the motherboards or the power adapter from being damaged. However Tech Power Up reminds you that using “ThrottleStop to overclock or over volt your CPU or to disable a laptop manufacturer’s throttling scheme may damage your computer and is at your own risk.”

Jump over to the official Tech Power Up website to download the latest version now. Which supports Windows XP, Vista 7 and 10 and is available in both 32 and 64-bit versions.