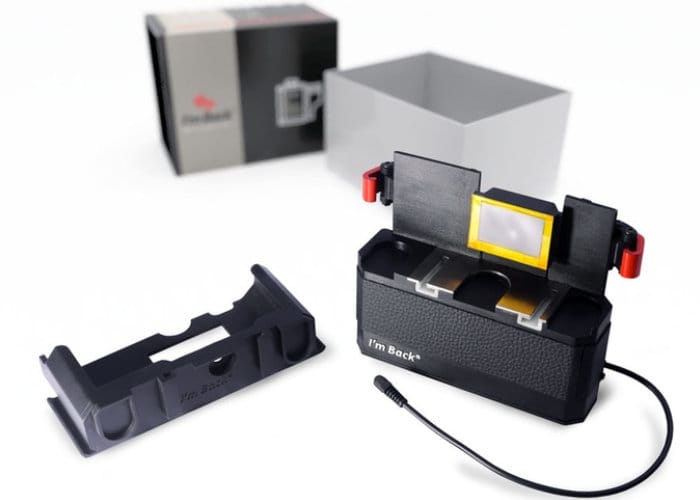 Photographers that would like to convert an older analogue camera into a digital DSLR may be interested to know that Samuel Mello Medeiros has released the latest generation of his digital 35mm converter aptly named “I’m Back”. Watch the demonstration video below to learn more about the latest design which transforms your old analog camera into a modern digital DSLR. Providing the best of both analogue and digital worlds from one device thanks to is easily removable back plate system.

The system works by providing a “Depth-of-field” (DoF) adapter offering a 16 megapixel Panasonic sensor that is capable of capturing both pictures and movies in a variety of different megapixels 20, 16, 12, 8, 4 or 2 megapixel the choice is yours. The analogue camera converter is now available to back via Kickstarter with earlybird pledges available from €175 or roughly £156. If you have access to a 3D printer .stl files are also available for 3D printing for just €45 or roughly £40. “After 5 years and dozens of prototypes later, I’m Back launches its final version, with a leaner design, an elegant bayonet docking system and with dedicated back covers for each of the most important brands “