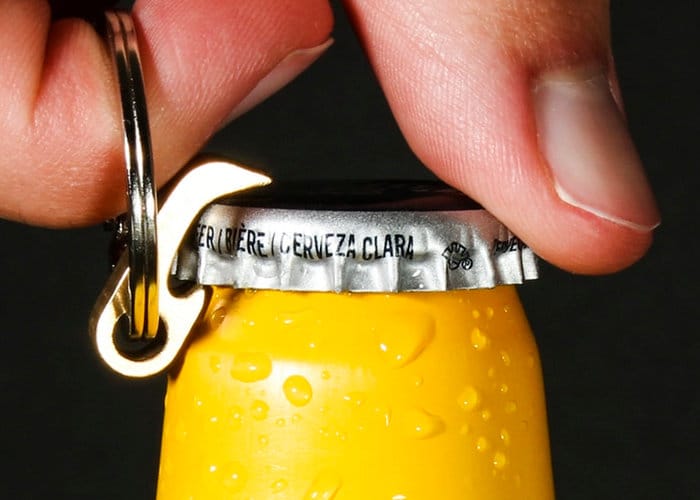 If you are searching for a tiny multitool that can be carried easily on your keychain, you might be interested in the Claw. Which has this week been launched by a Kickstarter and offers a couple of useful tools in a tiny form factor. The most important tool in my opinion, is its bottle opener which cleverly uses the split ring to help add extra leverage to the tiny opener making opening bottles a breeze.

Designed by Malboro and Kane based in London,  the tiny claw multitool is capable of doing more than just opening bottles and offers a screwdriver, lid primer, keyring pry, flint striker, battery remover and more. Watch the demonstration video below to learn more about the tiny Claw multitool which is now available to back via Kickstarter with pledges starting from just £11 or $15. Worldwide shipping expected to take place during May 2018 now the Kickstarter campaign is successful, if manufacturing can stay on schedule once the campaign is finished and funds have been received.

With still 28 days remaining the team of already raised nearly 3 times the required pledge goal making sure that the tiny multitool makes the jump into production. For more details jump over to the official Kickstarter campaign page by following the link below.