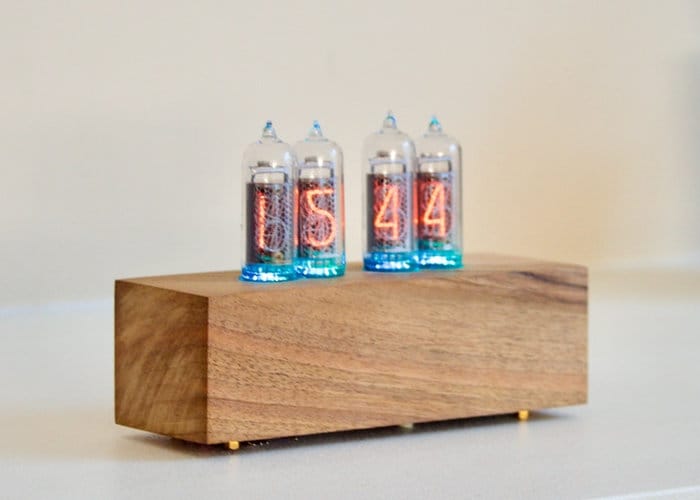 Olek has created a modern nixie clock which combines both vintage tubes with modern technology to provide a minimalist design that is available in two different versions. Olek has launched their new NixC, Nixie tube clock via Kickstarter with pledges available from £159 for earlybird backers. If all goes well and the Kickstarter campaign is successful Olek will start worldwide shipping during July 2018.

NixC Has been created to connect two opposite designs combining the retro tube display with a classic hand formed wood and modern technology. NixC is a clock built with rare no longer produced nixie tube lamps, watch the demonstration video below to learn more about its design and the differences between the two versions offering vertical and horizontal tubes. Both designs now include upgraded electronics, and programmable functions such as sleep mode, ambient light sensor and the backlight of the tubes can be changed accordingly to your needs.

If you are interested in making a pledge to own your very own NixC v2 Nixie tube clock jump over to the official Kickstarter campaign page for a full list of all available pledges and specifications, as well as more details on the inspiration behind the unique timepiece which is available for the next 27 days via Kickstarter by following the link below.