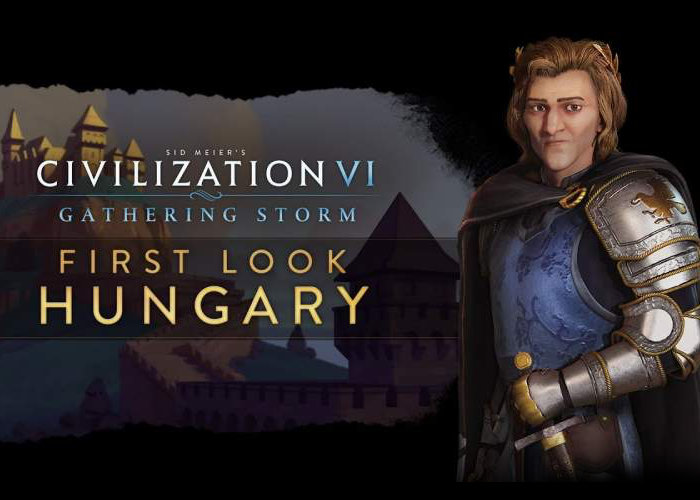 More details have been revealed this week for Gathering Storm the second full expansion of the Civilization VI strategy game. The new expansion will be available to enjoy from February 14, 2019 onwards and will be priced at $30.

Within the Civilization VI Gathering Storm expansion, players will for the first time be able to take control of Hungary. Check out the announcement trailer below for a quick look at what you can expect from the new Civilization VI DLC content.

“The second expansion to Civilization VI introduces an active planet where geology and climatology present unique new challenges. Chart a path to victory by developing new advanced technologies and engineering projects and negotiating with the global community in the World Congress on critical issues. The choices you make in the game will influence the world ecosystem and could impact the future of the entire planet. Natural disasters like floods, storms, and volcanoes can pillage or destroy your Improvements and Districts – but they may also refresh and enrich the lands after they pass.”

– Unique Ability – Pearl Of The Danube – Rivers play a big part in the prosperity of Hungary’s cities. With “Pearl of the Danube,” any district or building constructed across a river from a city center is built faster. This allows you to outpace the competition through careful city planning around rivers.

– Unique Unit – Huszár – The Huszár is an Industrial-era light cavalry unit that receives a Combat Bonus for every active Alliance. The more Alliances, the more bonuses Hungary’s Huszár receives.

– Corvinus Unique Ability – The Raven King – Corvinus’ legacy of military conquest plays into his unique ability, “The Raven King.” Units levied from a City-State gain extra movement and combat strength, and it costs no Gold or resources to upgrade envied units. Hungary also sends two Envoys to any City-State Corvinus levies units from.