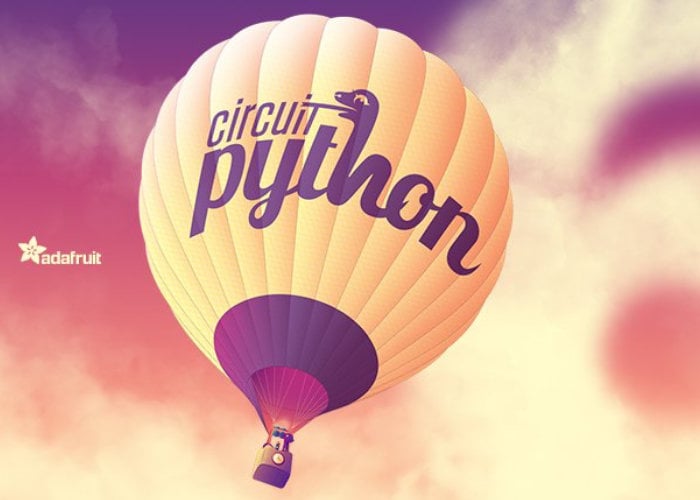 Adafruit has this week announce the availability of the second 6.0.x stable release of its awesome CircuitPython 6 software. This release fixes regressions in BLE and FrequencyIn() that prevent these functions from operating properly. The release also includes a considerable speedup in JSON parsing. CircuitPython is a programming language designed to simplify experimenting and learning to code on low-cost microcontroller boards. With CircuitPython, there are no upfront desktop downloads needed. Once you get your board set up, open any text editor, and start editing code. It’s that simple.

Fixes and improvements since 6.0.0
_bleio: Characteristic and Descriptormax_lengths can be zero. Better argument validation forstart_scan()andstart_advertising()`. #3861. Thanks @dhalbert.
frequencyio.FrequencyIn() caused a crash. #3867. Thanks @dhalbert.
json: Speed up parsing dramatically. #3728. Thanks @tannewt.
Breaking changes since 5.x
i2cslave is now i2cperipheral and the class in it is changed as well.
The stop kwarg has been removed from I2C.writeto(). If no stop is desired, then use writeto_then_readfrom.
The default speed of busio.I2C and board.I2C() is now 100khz, not 400khz as before. Use busio.I2C to set the speed explicitly.
_bleio.ConnectionError has been removed. Code will now raise the native ConnectionError instead.
Removed Mixer, RawSample, and WaveFile from audioio. They are now only available in audiocore. 5.x has them in both modules.