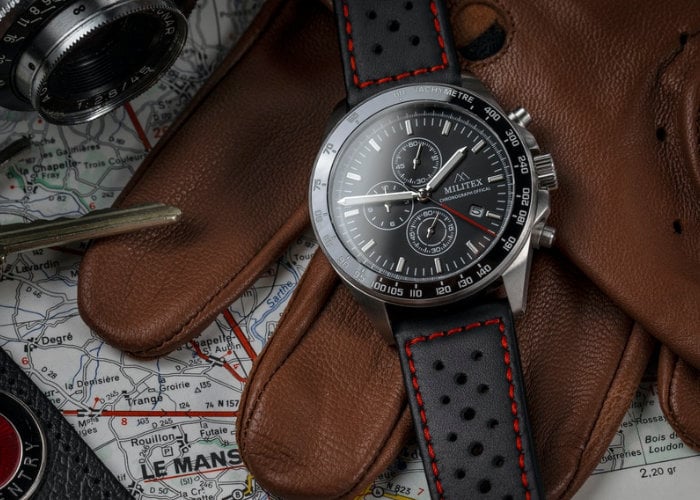 A British designed chronograph watch has launched via Kickstarter this week equipped with a Seiko Hybrid mechanical quartz (Mecaquartz)movement providing a hybrid construction. Chosen for its reliability and quality this movement can be found in many high-end watches costing many, many hundreds of pounds more than the Militex launched by Kickstarter this week and priced at $149 for super early bird backers. 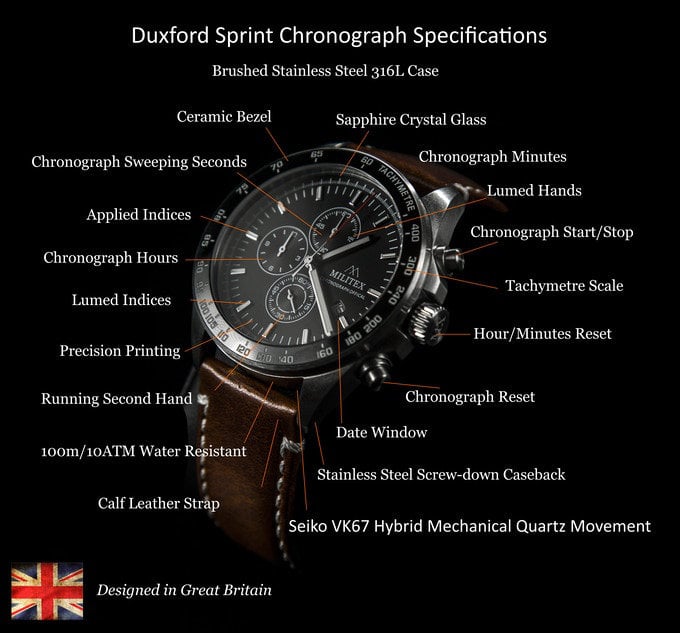 “I regularly drove past Duxford Aerodrome in Cambridgeshire; admiring the “Hawker Hurricane” gate guardian, the vintage warplanes and in awe at this special place in British history. This former WW2 RAF base has seen such heroes as Group Captain Sir Douglas Bader lead 242 squadron into the Battle of Britain alongside many, many other courageous men and women from across the globe. Duxford airfield later became a fighter airfield for the United States Army Air Forces operating P-47 Thunderbolt aircraft.”

“Also Home to the famous Duxford Racing Sprints of the ‘1950s,60s and ’70s were men would race their machinery down the old abandoned runways to chase that elusive 1/4 mile speed record. Hence the “Duxford Sprint”.

Now “The Officers Mess” is a successful business centre were “Militex” has an office (still the original building) and the airbase is now the “Imperial War Museum”. We are proud, honored, and inspired to be based here and to name this watch “The Duxford Sprint”. ”