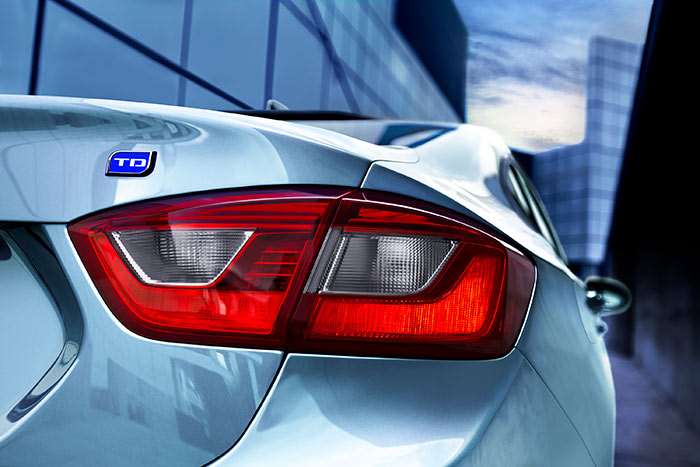 Chevy has unveiled the new highway miles per gallon king in the form of the Cruze Diesel Sedan. The car scored 52 MPG in testing making it the highest fuel economy of any non-hybrid/non-EV in the US. The EPA estimates the car is good for 702 highway miles per tank of fuel with the 6-speed manual.

The Cruze uses an Ecotec 1.6L inline turbo-diesel four making 137 hp and 240 lb-ft of torque. The car was able to pass all the stringent US environmental standards. The Cruze Diesel Sedan will be offered with a Hydra-Matic 9-speed auto with start/stop tech inside.

The 6-speed manual version of the car gets 30 mpg in the city for 37mpg combined. The automatic version gets 47mpg on the highway. The Cruze diesel sedan starts at $24,670 including the destination charge. A Cruze Diesel Hatch will launch later in the 2018 model year.