That’s ‘classic’ as in the TV series from way back when Robin used to exclaim ‘Holy cow, Batman!’ What makes it even more incredible is it was made by a 13-year-old named Evan Bacon (no relation to either Francis Bacon or Kevin Bacon, we think). If only he can get the rest of the Justice League done as well, he’d be bulletproof. Not to mention the bragging rights. 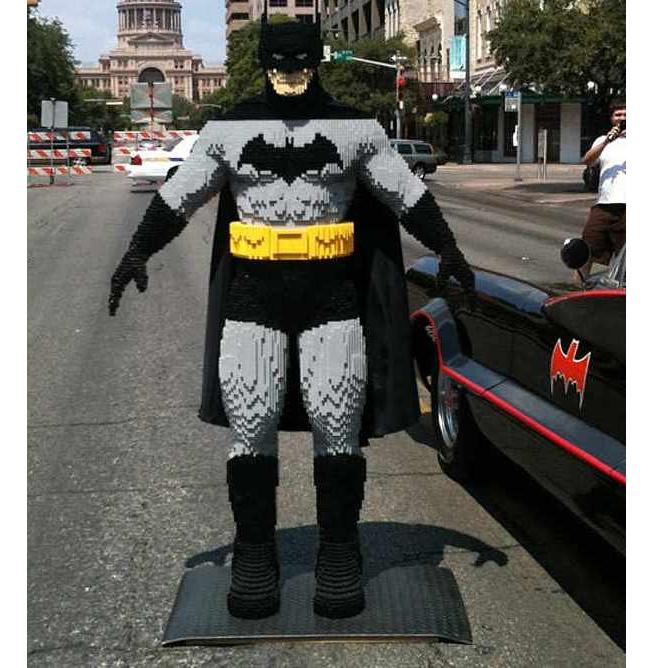 Though the arms are noticeably short, it’s understandable considering the structural limitations of the statue. It took the young Evan three months and up to 20,000 bricks to erect this 6-foot marvel. We’re really impressed with the facial features, which convey the Dark Knight’s fearsome gaze with utter realness. If Evan built this with no one’s help, we’re doubly impressed. So are a lot of other people, including Adam West himself, who posed for a picture with it. (View it thru the source link.)

The skill and detail of this Batman sculpture no doubt reflects on Evan’s artistic gifts. We’re sure he’s not only a talented sculptor, but the kind of person who works well in a different medium too. Hopefully, this isn’t the last of his projects. More power to you Evan!