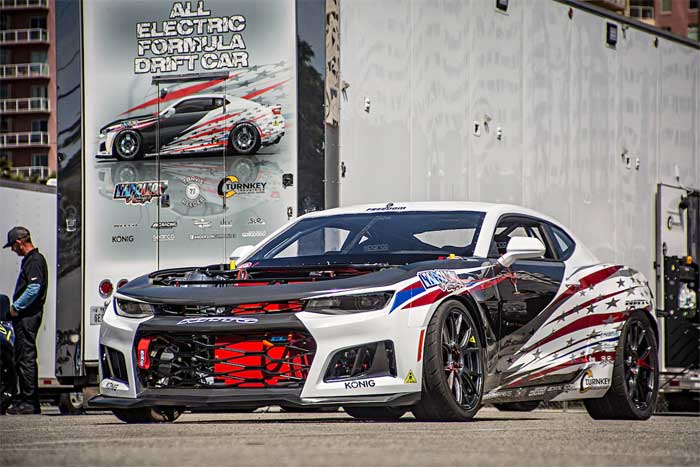 Formula Drift is normally home to screaming V8s and other gas-powered engines under the hood of slick sports cars. A team competing in this year’s Formula Drift season is giving a 2019 Chevrolet Camaro EL1 called “Freedom One.” The big thing is that the car lacks a Camaro V8 and has an electric drivetrain instead.

The EL1 was constructed in less than six months and has Tesla motors that drive the rear wheels. The car has 38.4 kWh of power inside and makes 515hp as it sits.

The EV doesn’t need as much power as the competition, routinely sporting over 1,000hp, because all the torque from an electric car is available from the get-go. The car makes about 800 lb-ft of torque, plenty to burn the tires down.