You’ve probably seen it happen in a movie or television show. The cops are at their wits end trying to identify a suspect but catch a break when they use surveillance footage of someone looking at the suspect to find out who the culprit is through the reflection of the witness’s eye. It’s an interesting concept that’s easily dismissed as sci-fi bullshit, but the truth is that it’s highly plausible. In fact, researchers at the University of Glasgow have pulled it off. 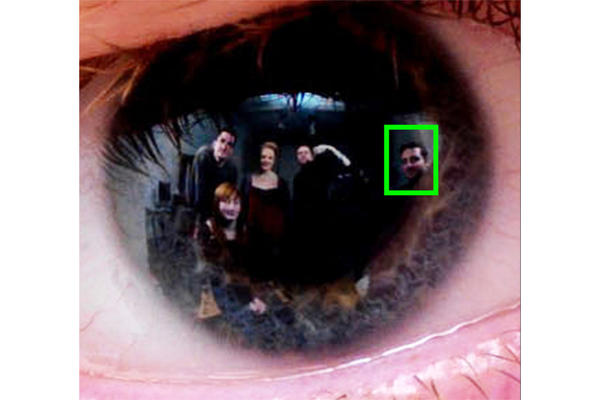 The researchers used a 39-megapixel camera and took a picture of someone in perfect lighting from one meter away. They then proceeded to blow up the eye of the individual that the picture was taken of to see if any of the “bystanders” they placed in front of the subject were visible via eye reflection. The researchers then had people look at the picture of the reflected image and ask them to pick out the person in the image or someone who looked similar to him. People were right 70-84% of the time!

Next time you think about committing a crime, you may want to make sure no one’s around to see you. Otherwise a little computational magic could get you stuck in jail for a long time.