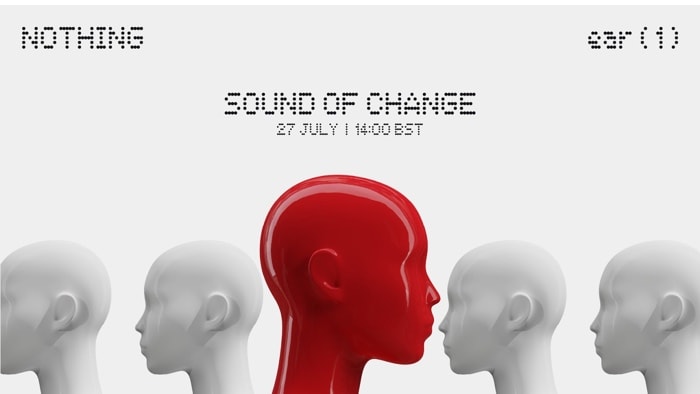 Carl Pei’s Nothing has revealed that their first product is coming on the 27th of July, the Nothing Ear (1) which is a new wireless headphones.

We are looking forward to finding out more details about Carl Pei’s new product, this is his first new product since he left OnePlus to start his new company. Carl Pei co-founded OnePlus with Pete Lau and they managed to create a smartphone company that delivered innovative smartphones for a reasonable price.

Backed by GV (formerly Google Ventures) and other influential investors like Tony Fadell (inventor of the iPod), Casey Neistat (YouTuber) and Kevin Lin (Co-founder of Twitch), our mission is to remove barriers between people and technology to create a seamless digital future.

We recognise the greatest visions are not realized with the flip of a switch, but instead through countless small successes. Nothing ear (1) is just the beginning!

As soon as we get some more details about the new Nothing Ear (1) wireless earbuds we will let you know, we are looking forward to seeing the first product from Nothing and also their future plans for the company.