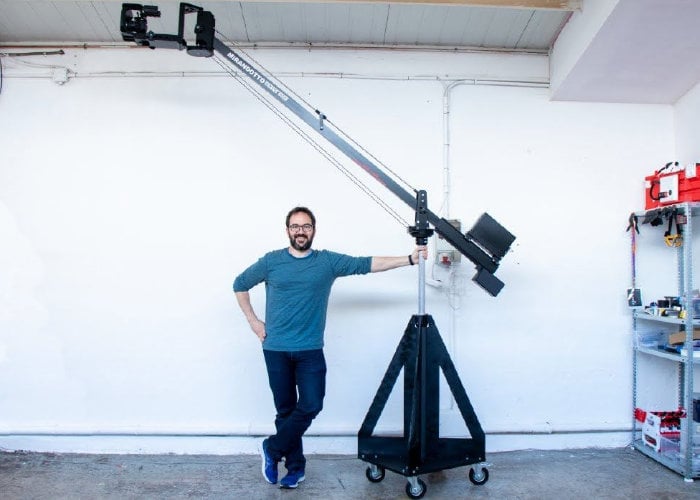 Photographers searching for an affordable camera crane, allowing you to quickly position your camera in a wide variety of different angles to expand your creativity, be interested in a new project by photographer Ivan Miranda who has created his very own 3D printed camera crane from scratch. Check out the video below to learn more about the camera crane he created to replace is traditional tripod set up.

“I got tired of moving and swapping my tripods around so I decided to make a camera crane from scratch, because that’s the most fun. I used a big aluminium profile as a boom and designed, 3D printed and assembled a bunch of parts to make it work to my advantage. The base is a quick job out of Plywood and it rolls on a set of casters but the shop floor is a bit of a mess so those are only to move it around and not for fancy travelling shots.”

” I added a very cool feature that makes the camera stay pointing in the same direction so it can be used also as a slider to take fancy shots. It can go from ground level up to almost 3 meters high and the camera can tilt 90 degrees up and down from the horizontal. The camera mount is attached to a mechanism that makes it stay level with a fine adjustment near the camera. It has a coarse and a fine counterweight that combined weigh around 20kg.”