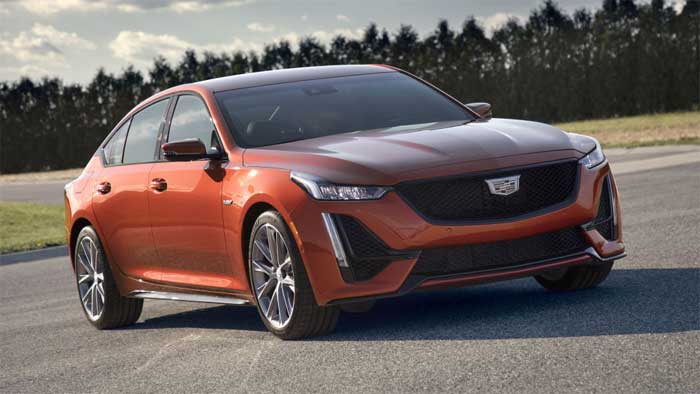 Cadillac has announced the pricing for the CT5-V, and the rear-wheel-drive performance sedan will cost $48,690, including the destination charge of $995. An all-wheel-drive version of that ride will cost $51,290. Power figures for the 3.0-liter twin-turbo V6 have also been updated.

Cadillac says that the engine will make 360 hp and 405 lb-ft of torque. Those figures are five hp and five lb-ft of torque more than the automaker had previously announced. The lower-spec Premium Luxury Trim will start at $45,190 in RWD and $48,280 in AWD.

Those wanting the CT5-V with all the options will shell out $67,000. The configurator for the car is live here.