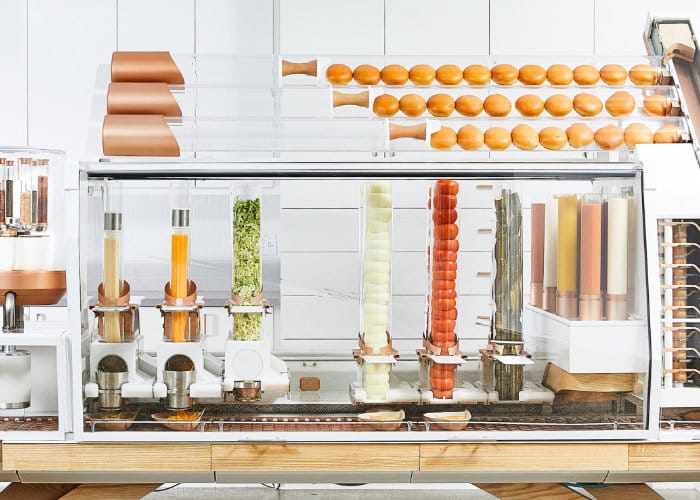 A very unique restaurant has opened in San Francisco this week in the form of the Creator which features a unique burger robot which creates individual burgers to meet customer requirements. The start-up formerly known as Momentum Machines is now using the burger making robot to serve the freshest possible cheeseburgers for just $6 each.

The burger robot has been in development for eight years and will be opening to the public during September 2018. Check out the video below during which Creator co-founder and CEO Alex Vardakostas explains more about the inspiration behind the burger robot and the unique restaurant.

“One tradition Creator couldn’t escape was French fries. Vardakostas says they’re basically the least healthy thing you can eat, noting they’re “worse than donuts because there’s more surface area exposed to the frier.” But chefs told him some people simply wouldn’t eat a burger without them. Creator’s compromise is that burgers are paired with hearty miniature farro or seasonal veggie salads by default, but you can still opt for a side of frites.”

For more information on the burger making robot jump over to the Tech Crunch website for a full interview with the company and CEO.