This week Double Fine has released a couple of new trailers for its upcoming Broken Age game which is currently in development by the studio.

The new Broken Age game trailers reveal the main characters that players will be helping through the adventure as well as shedding a little light on the story and gameplay. Check out the two trailers released by Double Fine to learn more about the highly anticipated Broken Age game. 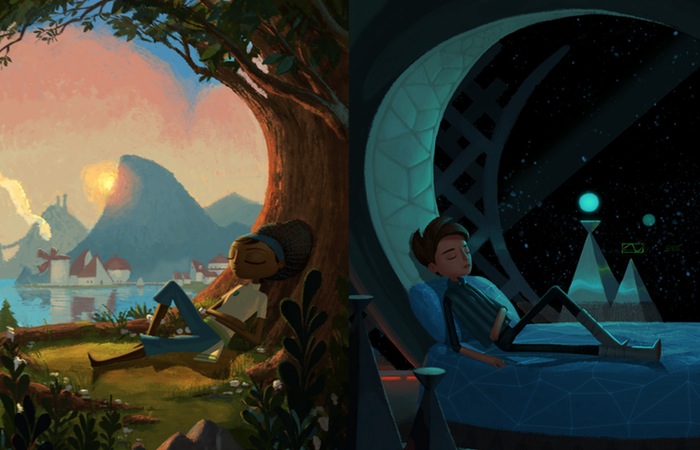 Broken Age Act 1 will be released to Kickstarter backers on 28th January 2014 for them to enjoy after a long wait since the game secure a huge amount of funding during its Kickstarter crowd funding campaign last year.

Broken Age previously known as Double Fine Adventure is Tim Schafer’s first in the genre since 1998’s Grim Fandango and has been designed as a point-and-click adventure. The game is currently being developed in two acts, for PC, Mac OS X, Linux, iOS, and Android platforms.

“Broken Age is a point-and-click adventure game based on two characters, a teenaged boy and girl, each “seeking to break the tradition with their lives”. The player will switch between the two characters, the boy, Shay, living alone on a spacecraft that pampers him like a little child, while the girl, Vella, wants to avoid being sacrificed to a monster by her village.”

“The game employs context-sensitive actions instead of using verb lists as early adventure games would use, as Schafer stated that in essence, “there really was always one verb, which was ‘interact with'” and opted with the more modern approach.

Each character has separate item inventories as they collect objects; items can then be used by dragging them onto context-sensitive areas on the screen or combined with other inventory items. Within Act 1, there is no direct interaction between the two characters or their respective environments, but the player can switch back and forth between them at any time, allowing them to work on separate puzzles if they get stuck on others.”