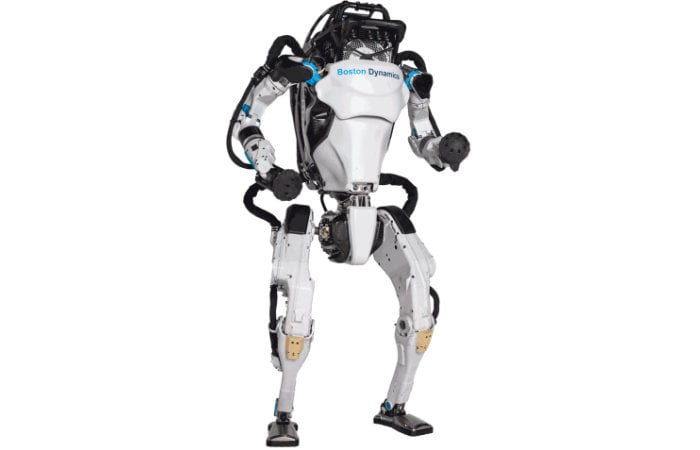 The robotics team at Boston Dynamics have been demonstrating the impressive manoeuvrability of its Atlas robot making it maneuver through complex parkour courses, testing its reliability, programming and functionality. “Boston Dynamics engineers develop new movements inspired by human behaviors and push the humanoid robot to its limits.” Check out the videos below to learn more about how far the team has progressed from simple manoeuvres to backflips, jumps, running, leaps and more. 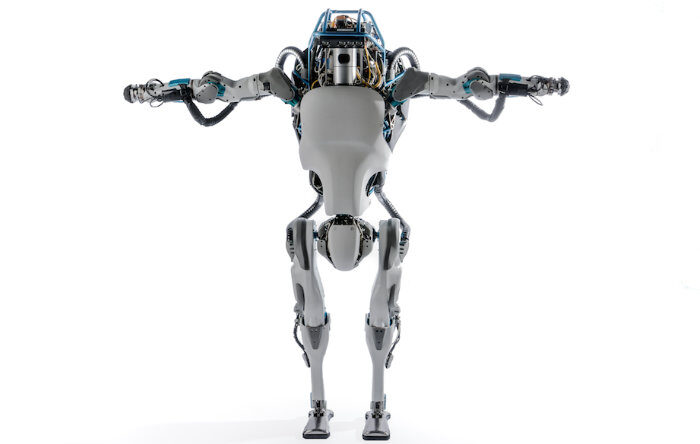 “The first of the two robots ran up a series of banked plywood panels, broad jumped a gap, and ran up and down stairs in the course set up on the second floor of the Boston Dynamics headquarters. The second robot leapt onto a balance beam and followed the same steps in reverse, and then the first robot vaulted over the beam. Both landed two perfectly synchronized backflips, and the video team has captured every move.”

“Parkour is the perfect sandbox for the Atlas team at Boston Dynamics to experiment with new behaviors. In this video our humanoid robots demonstrate their whole-body athletics, maintaining its balance through a variety of rapidly changing, high-energy activities. Through jumps, balance beams, and vaults, we demonstrate how we push Atlas to its limits to discover the next generation of mobility, perception, and athletic intelligence.”

“Atlas uses its whole body — legs, arms, torso — to perform a sequence of dynamic maneuvers that form a gymnastic routine. We created the maneuvers using new techniques that streamline the development process. First, an optimization algorithm transforms high-level descriptions of each maneuver into dynamically-feasible reference motions. Then Atlas tracks the motions using a model predictive controller that smoothly blends from one maneuver to the next. Using this approach, we developed the routine significantly faster than previous Atlas routines, with a performance success rate of about 80%.”

“Go behind the scenes at Boston Dynamics with the Atlas Team as we work to train multiple Atlas robots to maneuver their way through our most complex parkour course yet. The team pushes Atlas to its limits to discover the next generation of mobility, perception, and athletic intelligence.”