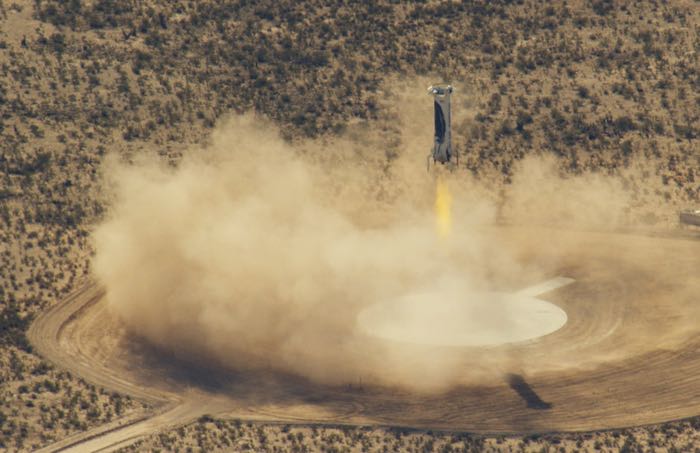 Amazon’s Jeff Bezos has revealed on Twitter that his Blue Origin rocket has made its third successful flight and the company has released a video of the rocket in flight.

The Blue Origin Rocket reached a height of 103 KM and it made a successful landing back on earth, this is the third flight for this particular rocket, have a look at the video below.

New Shepard flew again on April 2, 2016 reaching an apogee of 339,178 feet or 103 kilometers. It was the third flight with the same hardware. We pushed the envelope on this flight, restarting the engine for the propulsive landing only 3,600 feet above the ground, requiring the BE-3 engine to start fast and ramp to high thrust fast.