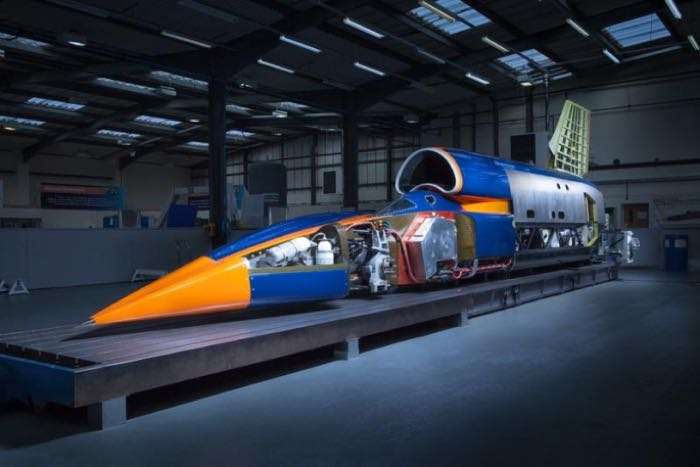 The Bloodhound SSC will make its first public run this October, the car will be driven at Conrwall Airport in Newquay.

The car will be driven by Wing Commander Andy Green who previously got the record of 763.035 miles per hour back in 1997 with the Thrust SSC.

Runway trials will mark the culmination of a month of tests to prove the car’s steering, brakes, suspension, data systems, and so on, as well as the EJ200 jet engine, sourced from a Eurofighter Typhoon. Thousands of visitors are expected to come and see history being made as BLOODHOUND SSC is driven at speeds of up to 200mph on the 1.7mile (2.7km) long runway.

Before it moves under its own power, BLOODHOUND SSC will first undergo several days of static ‘tie-down’ tests. The jet engine will be run up, with the Car chained to the ground, so that the performance of car’s bespoke air intake, fuel and electrical systems can be checked. All being well, dynamic testing will then follow on.

You can find out more information about the Bloodhound SSC over at the official website at the link below.