Heart attacks are mainly caused by a blood clot in the wrong place. Now, scientists from the  Scripps Translational Science Institute (STSI) are working on a blood test that could detect a blood clot before it becomes deadly. 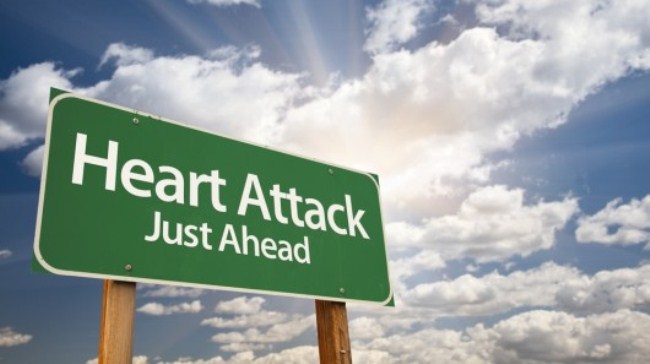 The STSI study involved endothelial cells circulating in the blood stream of both healthy patients and previous heart attack sufferers. These cells line the surface of the blood vessels.

The cells looked normal on the healthy patients. But the endothelial cells on the heart attack sufferers appear enlarged, misshapen and possessing multiple nuclei.

Heart attack and stroke usually begin with the rupture of pre-existing atheromas ( or the accumulations of macrophage cells, lipids, calcium, and fibrous connective tissue that collect within artery walls)

The early stages of this rupture can now be identified through abnormal endothelial cells swept away into the circulating blood. Hence the endothelial cells are now key biomarkers in predicting a heart attack or stroke.

“The ability to diagnose an imminent heart attack has long been considered the holy grail of cardiovascular medicine,” said Dr. Eric Topol, one of the study’s principal investigators and director of STSI. “This has been a tremendous collaboration of two institutions on the research side, three health care systems in San Diego, and a life science industry leader, which has resulted in an important discovery that may help to change the future of cardiovascular medicine.”

After a year or two, all tests should be done and this remarkable discovery will be incorporated in all hospitals.