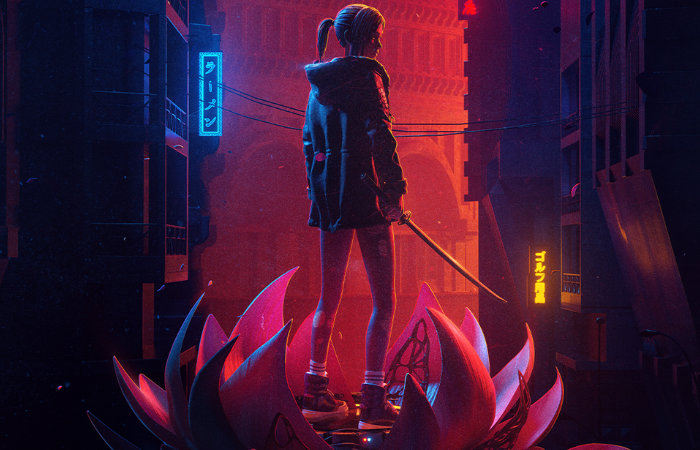 A first trailer for the upcoming and highly anticipated Blade Runner Black Lotus anime TV series which will consist of 13 episodes and features a new Blade Runner character called Elle voiced by Jessica Henwick in English and Arisa Shida in Japanese. The latest trailer was revealed at the recent San Diego Comic-Con but all we know about the storyline is that Elle is confused, but very capable, and “will have some sort of role in how the world of Blade Runner changes between the Tyrell Corporation in the original film and the Wallace Corporation in the sequel” explains Germain Lussier over on Gizmodo.

Blade Runner Black Lotus is set to premiere later this year and is a co-production between Crunchyroll and Adult Swim in addition to being created in partnership with Alcon Television Group.

“Black Lotus will take place in 2032, in the aftermath of the Black Out, and will be centered on a female replicant protagonist. It will also include “familiar” characters from the Blade Runner universe.

The Blade Runner TV series is created by Adult Swim the American adult-oriented nighttime programming block of the basic cable network Cartoon Network that is programmed by its in-house production studio, Williams Street. Crunchyroll is an American distributor, publisher, production and licensing company focused on streaming anime, manga, and dorama. Founded in 2006 by a group of University of California, Berkeley graduates, Crunchyroll’s distribution channel and partnership program delivers content to over 100 million registered users worldwide.”