Blackberry Z30 is hitting many markets worldwide, but there’s no word about its availability in the US. Earlier this week, we saw a leaked document showing that the handset might launch on Verizon on 31st October with a $299.99 price tag with a two-year contract. To add more juice to the rumor, the prolific Twitter leaked @evleaks posted a press render of Blackberry Z30 with Verizon branding on the front and backside of the handset. 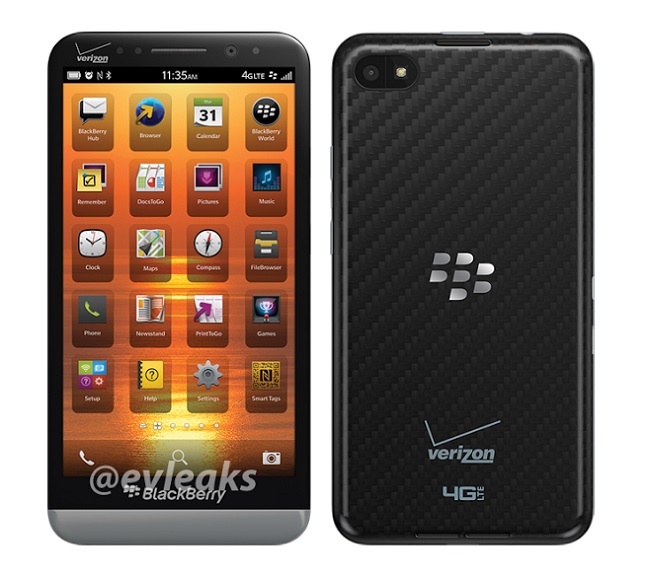 Blackberry Z30 comes with a 5-inch display featuring a resolution of 1280 x 720 pixels, a dual-core Snapdragon processor clocked at 1.7GHz, 2GB RAM, 16GB storage with a microSD card support of up to 64GB, 2,880 mAh battery and runs Blackberry OS 10.2 out of the box. On the rear, the handset features an 8MP camera capable of recording full HD videos and a 2MP front-facing camera.

Blackberry Z30 is claimed to be the fastest Blackberry available, but it’s nowhere near iPhone and Android handsets that are currently dominating the market. If it the rumors are true, we might see an official launch in US in the coming weeks, just before the holiday season.

Verizon has not announced officially about the launch, but if it’s true, we’ll find out soon about the date. We’ll update you if any information comes to light about the launch of Blackberry Z30 in the states.