RIM has created a video showing off their new BlackBerry PlayBook tablet, and showing it running next to the Apple iPad. As you will see in the video below RIM are showing a browser test comparison between the two tablets.

From the looks of the video, the PlayBook seems to be a lot faster in loading a web page than the Apple iPad, although we would prefer to see some independent tests of this rather than one created by RIM. 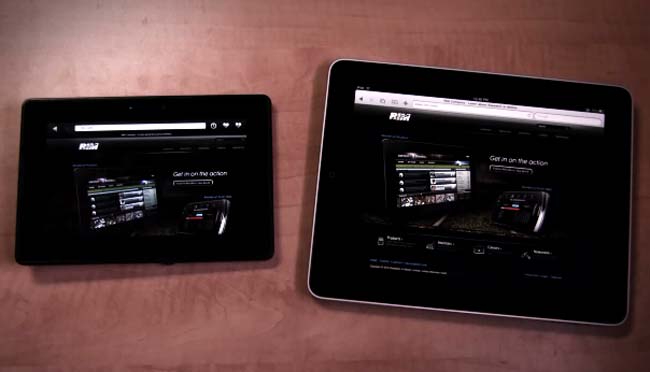 In the video the PlayBook featured is not running the final firmware which will be with the tablet when it is released. It will be interesting to see how the BlackBerry PlayBook compares to the iPad when it is tested independently.