Ever since RIM announced the BlackBerry PlayBook tablet, many of us have been wondering how good RIM’s new tablet would be on battery life, RIM have been pretty tight lipped on the battery life of the PlayBook.

Back in January, RIM made the statement that the BlackBerry Playbook’s battery would rival that of the Apple iPad, now it seems we could have some possible battery life figures. 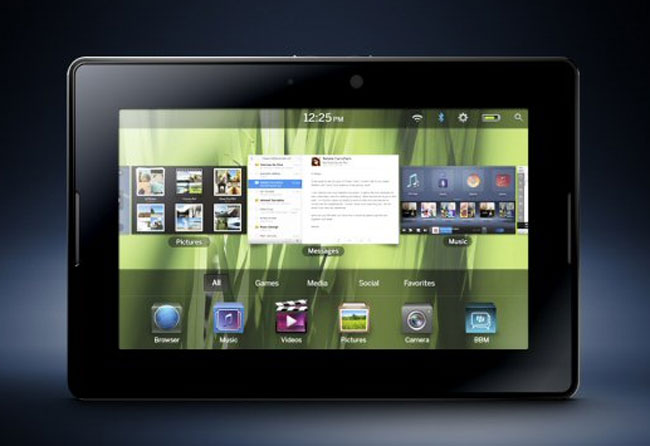 The details have been revealed by way of an app which has appeared on the BlackBerry App world, which suggest that the PlayBook will have a standby time of 300 hours 30 minutes, web browsing of 17 hours, music playback of 34 hours, video playback of 8 hours and gaming of 6 hours.

Whilst these aren’t official figures from RIM, the guys over at Berry Review point out that these could be about right for the PlayBook.