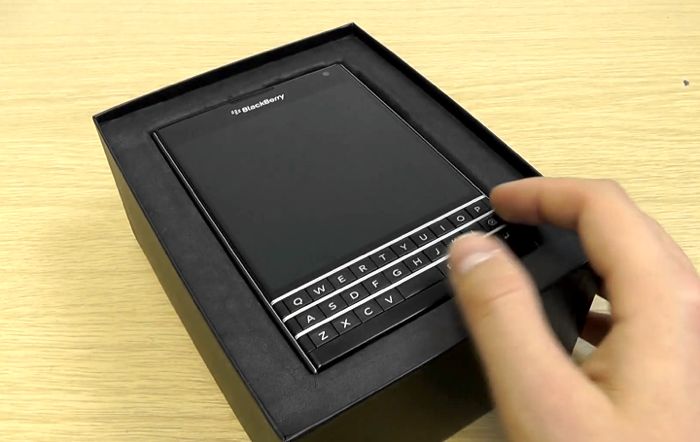 We have already seen one unboxing video for the new BlackBerry passport smartphone, although the previous video was an official one from BlackBerry.

Now the guys from Clove have put together an unboxing video for the BlackBerry Passport, and we get to have another look at BlackBerry’s new flagship BlackBerry OS smartphone.

The BlackBerry Passport comes with an interesting design, the handset features a 4.5 inch square display with a resolution of 1440 x 1440 pixels, and under the display is a three row touch enabled QWERTY keyboard.

Other specifications on the BlackBerry Passport include a 13 megapixel camera with Optical Image Stabilization, 4G LTE, and a quad core 2.2GHz Qualcomm Snapdragon processor and 3GB of RAM.

For storage the Passport comes with 32GB built in, there is also a microSD card slot for expansion, and the handset features a 3450 mAH battery, which will apparently give you up to 30 hours of usage, the device comes with BlackBerry OS 10.3.