Although a majority of Android devices are running the Android Jelly Bean OS at the moment with over 50 percent distribution according to recent numbers from the Android distribution site. There are still a handy sum of users who are still using Android 2.3 Gingerbread on their devices, with the number around 21 percent.

For those hundreds of thousands of Gingerbread users, Blackberry has announced they’ll release an update of their popular cross-platform messaging client, Blackberry Messenger, which will come with support for Gingerbread powered devices very soon. 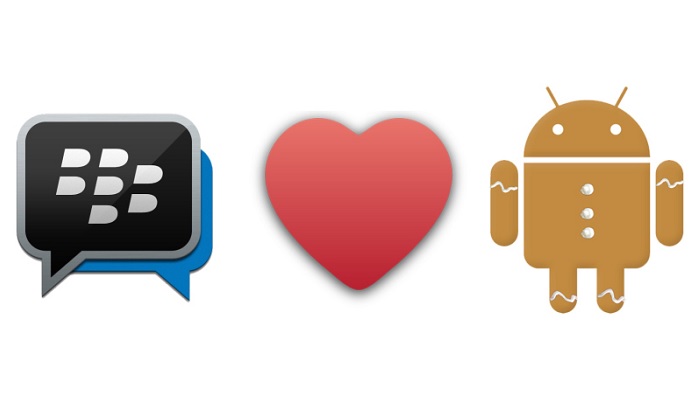 Blackberry says they’ve been working on making sure that BBM for Android is compatible with Gingerbread, and are now moving into an external beta to test the application. The company didn’t give any exact launch date but did give a hint that it could launch in February.

We’ve got some exciting BBM news for Android Gingerbread users – you’ve been asking and we’ve heard you loud and clear. We’re now pleased to announce that BBM will soon also be available on Android Devices running Gingerbread(v2.3.3+).

The team at BBM has been busy in the kitchen over the last few months cooking up this special release of BBM for Android smartphones running Gingerbread and are now moving into an external beta ahead of the launch in February. We couldn’t be more excited, too! Supporting Gingerbread will allow millions more Android users to download the popular BBM instant messaging app.

Are you still using a device that’s running Android Gingerbread? Just wait a little bit more and we’ll update you once the update starts rolling out to Gingerbread devices.