Come earthquake or high water (really high water), the Japanese are still plugging away at whatever gadget catches their fancy. At least this is the case with a team of researchers from the Kajimoto Laboratory at the University of Electro-Communications. Seen below is a young man putting what looks like a liquid soap dispenser in his mouth. 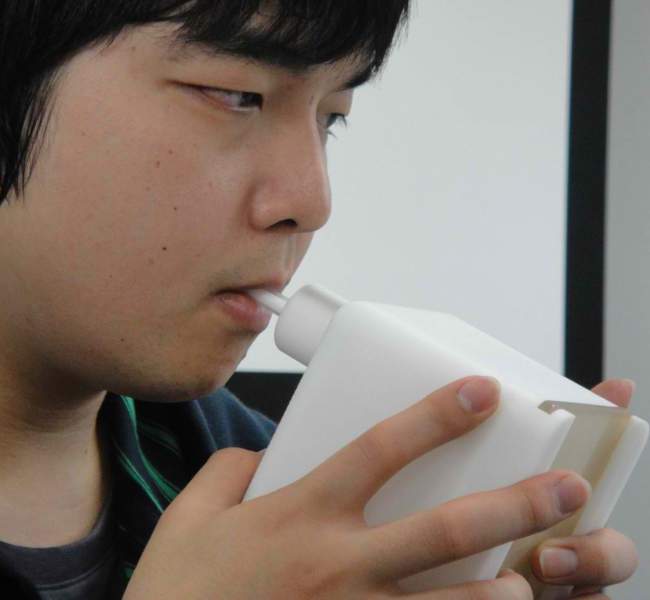 It’s actually a tactile communications device, a rather drab term for a machine that transmits the motor sensations of kissing. So it’s a two way kissing machine, huh? Here are a few words of explanation for extra insight:

This device is for communications within the mouth, in other words, the goal is to obtain the feeling of kissing.”

It is achieved only by motor rotations, and you control the rotation positions via PC. It is called a bilateral control, and the turn angle information is sent reciprocally by both devices to maintain the same position. Right now the values are handled by one PC, but if a system is put together to handle the values over a network, then it would be easy for this operation to be conducted remotely.

The bad part is it takes the sensuality out of a kiss. While this kind of technology might work on your robot girlfriend/boyfriend in the near future, right now if you want to snog someone—you snog with that someone.

The worst part is: For example, if you have a popular entertainer use this device and record it, that could be hugely popular if you offer it to fans.

That’s just gross, dude. Unless the popular entertainer in question was Megan Fox, of course. Mmmmmm.