If the thought of donating to charity for Japan relief without getting something in return doesn’t really sit well with you, Bioware have you covered. Literally. They’re auctioning off ten Mass effect hoodies signed by the team and co-founders and at about $100 a pop, those were the cheapest items on offer. There are… other items as well. 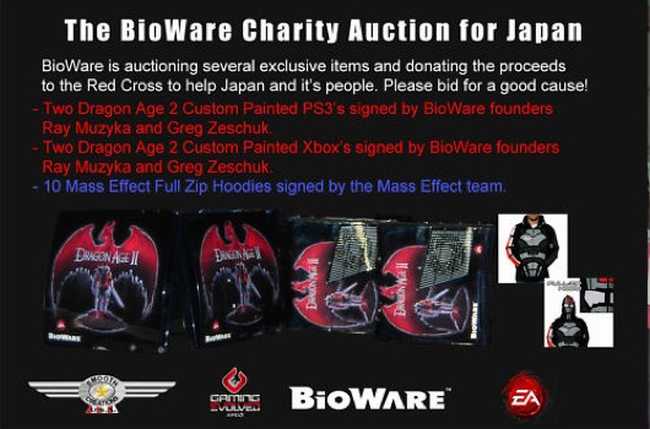 While Dragon Age 2 wasn’t exactly stellar, it was good enough to slap on a few consoles, again literally since Bioware is also including a PS3 and an Xbox 360 with a custom Dragon Age 2 paint job in the auction. Just so you’ll have no qualms in reaching for your wallet, seeing as how the asking price was approaching $700 for each when last we spied them, they’re also signed by the Bioware doctors. Helping Japan and netting some swag? You just need to ask yourself one question. What would Anders do?