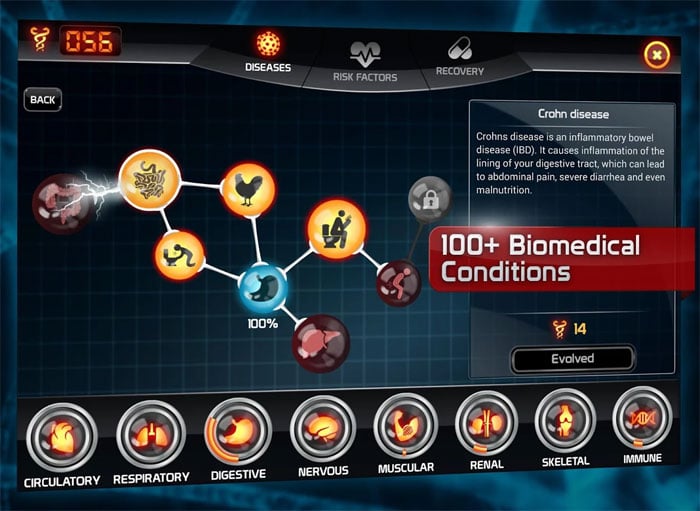 One of my favorite games on Android and iOS is Plague Inc where you get to grow your own disease to kill off the population of Earth. A new game has launched that sounds a lot like Plague Inc called Bio Inc. The Bio Inc game has 12 stages with different types of game play.

There are over 100 realistic biomedical conditions you can give your disease and you can spread your illness across all body systems. Players can see the human bodies in the game deteriorate in real time. Developers of the game promise excellent graphics and the screen shots support that claim.

There are three difficulty settings and thousands of ways to play the game. Bio Inc is available to download on Google Play right now. It weighs in at 49MB and the current version of the game is 1.02. Android 2.2 or higher is required to play the game and the last update came on August 30. The update brought with it a fix for a black screen issue. Developers promise that the game will be updated with new content as time passes. In-game purchases are supported, but the game is a free download on Google Play now.