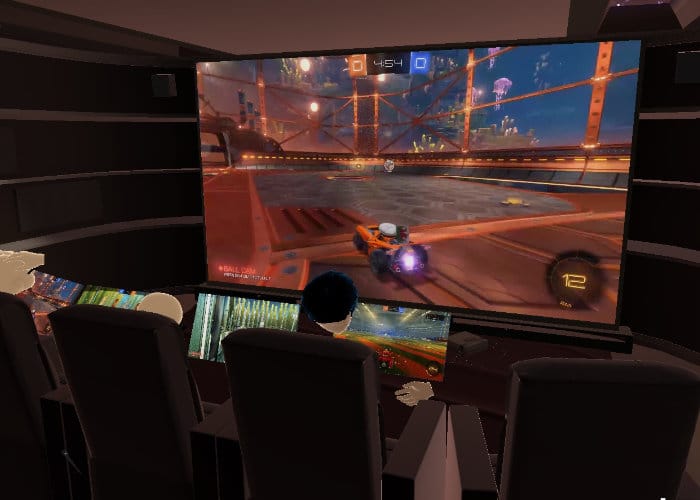 The Bigscreen VR application which is currently available for the Oculus Rift, HTC Vive and other high-powered VR hardware, will soon be making its arrival on the mobile virtual reality platforms sometime during Q2 2018. The development team behind the awesome Bigscreen VR app have today announced its Alpha development stage release for mobile, allowing Samsung Gear VR headset owners to sign up for Bigscreen’s mobile alpha test phase.

If testing goes well then you can expect Bigscreen to officially launch on the Gear VR, Oculus Go, and Daydream mobile VR headsets in the coming months. If you are interested in taking part in the latest development stages jump over to the registration page located here.

Features of the mobile version of the Bigscreen VR application will include, public and private rooms, supporting 4–12 players per room. Mobile VR users can join rooms to watch videos and hangout together and will eventually be able to create their own multiplayer rooms, but unfortunately this option is not available during the Alpha testing phase.

Mobile VR users will also be able to attend live movie screenings, like the recent Paramount Pictures’ Top Gun 3D VR movie night and the Stargate movie night with MGM. The Bigscreen video player will also allow users to watch videos stored locally and possibly support other third-party streaming services in the near future. PC-to-Mobile desktop streaming also allows users to enjoy the ability to stream your Windows PC’s desktop screen into your Mobile VR headset over WiFi, without the need to be tethered to your PC. Allowing you to enjoy content sitting on your couch or enjoying a video game on a huge screen in your headset.