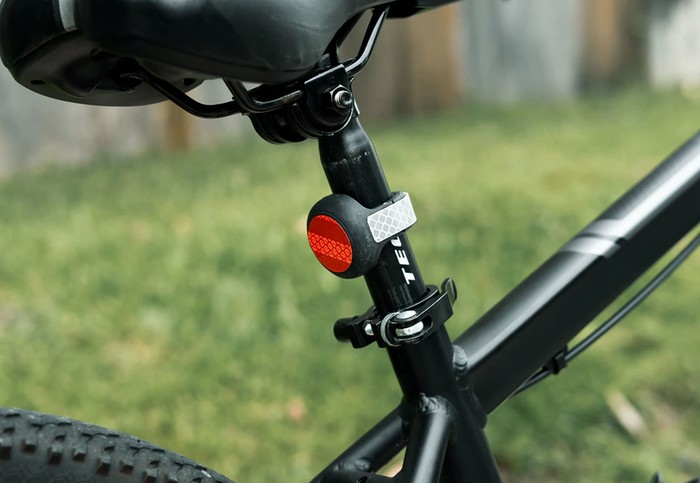 Cyclists that would like to track the whereabouts of their bicycle using the new Apple tracker might be interested in a new stealth bike AirTag mount aptly named the Maco Trace. When tested internally inside a bike frame the Apple AirTag had intermittent connectivity problems when trying to connect to an iPhone so an alternative external mount was designed.

By turning AirTag into an (almost) covert device, Maco Trace keeps your bike as accurately traceable, for as long as possible, without triggering the anti-stalker feature that will alert people to its whereabouts.  “The idea is to equip the bike owners with the whereabouts of their lost bike and having the discretion to contact the local authority or confront the thief in a prepared fashion” say the creator of the Maco Trace. Early bird pledges are now available for the inventive project from roughly $22 or £16 (depending on current exchange rates). 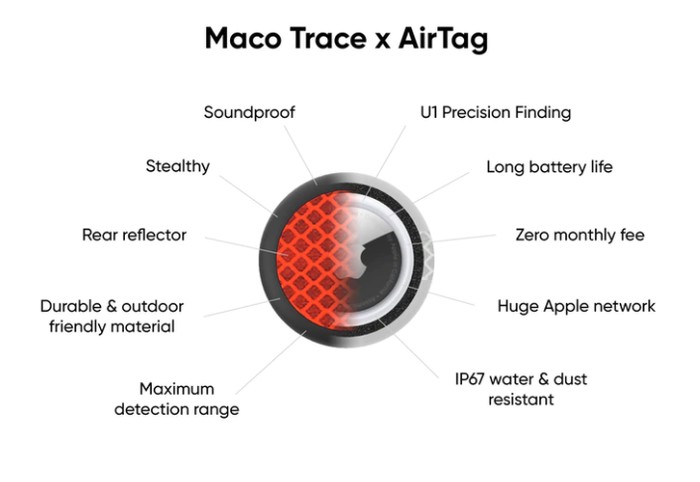 “A bike tracker goes a long way in increasing the chances of retrieving your beloved bike. But what we have on the market are mostly pricey (>$100 USD) GPS trackers, not to mention the additional monthly subscription charges and pathetic battery life. Other more affordable options such as Tiles Sticker has limited network and the battery is not replaceable.”

“Things changed when Apple launched AirTag in May. AirTag tapped into the power of the crowdsourced networks with its over 1 billion user counts. Every Bluetooth-enabled iPhone, iPad, iPod nearby will be your eyes in case your bike was misplaced or stolen. The U1 Precision Finding feature lets the rider accurately locate the bike. There are many YouTube videos out there that experiment lost and found items (including bikes) with good success rates.”

“AirTag battery can last up to one year, easily 10 times better than some of the GPS bike trackers. And since it is a CR2032 lithium 3V coin battery, you can easily buy it from most electronic or drug stores and replace it yourself.”

For a complete list of all available backing options, stretch goals, extra media and technical specifications for the bike AirTag mount, jump over to the official Maco Trace crowd funding campaign page by following the link below.