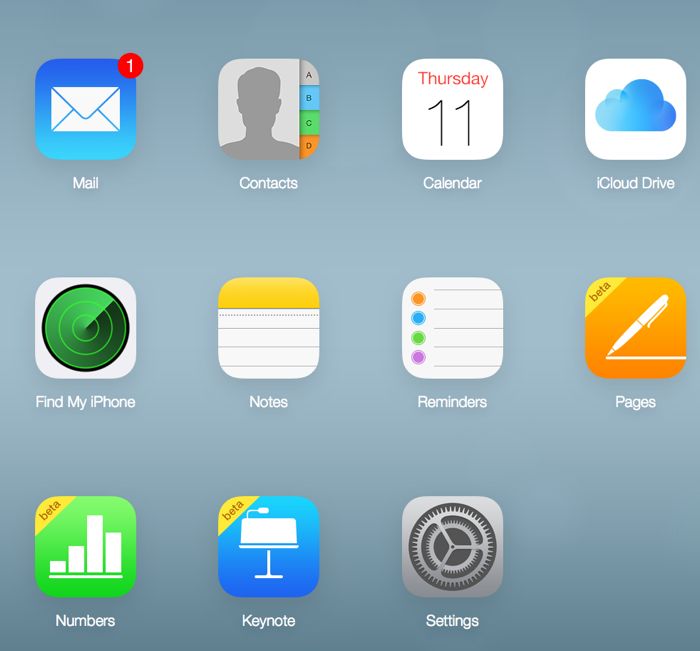 Yesterday Apple dropped the price of their iCloud storage, this was done ahead of the launch of Apple iOS 8, which will be released next Wednesday the 17th of September.

Apple will also launch iCloud Drive next week, this is a new app which will let you store and sync your documents, photos, and more across multiple devices.

Apple has now added a couple of new apps to their iCloud Beta website, this includes the new iCloud Drive application and also a new settings application.

Neither of the applications are working at the moment, when you click on them, you get a message saying that ‘iCloud Drive’ or ‘Settings’ requires iOS 8 to work. We can expect these applications to be available next week when iOS 8 launches.

Apple will introduce a wide range of new feature with iOS 8 next week, which will include HealthKit, updated Photos, messages, and other apps, plus a completely new design and lots more features.

We are looking forward to seeing all of the new features that will be launching with Apple iOS 8, it should be available to dowload some time next Wednesday, as soon as we get some more details, we will let you guys know.