It’s been hard to judge if the news that Best Buy will be launching their own house-branded tablet or not since the only info we have available are two rather cryptic photographs Best Buy CTO Robert Stephens posted on Twitter yesterday. 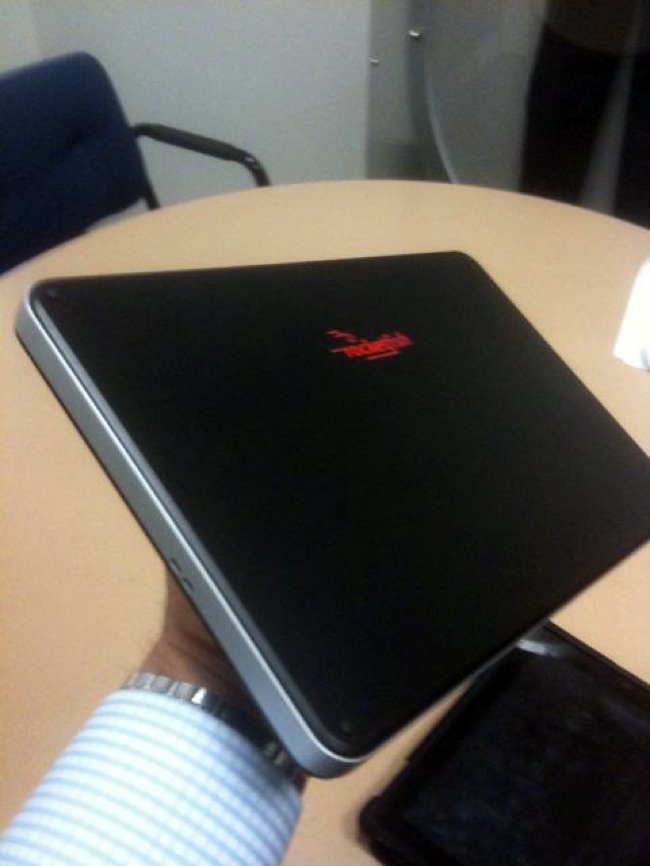 One of the pics shows a couple of tablets lying side-by-side and the other features a silver framed tablet bearing the Rocketfish logo. The latter has fueled speculation that Stephens has just given the world a glimpse of a prototype expected to retail very soon.

For those not in the know, Rocketfish is Best Buy’s in-house brand known for plastering its glowing red logo on generic electronic devices like handheld GPS’s and keyboards.

Observers have noted how retailers wanting to cash in on the tablet surge have begun fielding cheaper alternatives to the iPads they stock. This informal teaser from Best Buy has triggered no small amount of wild speculation about what it didn’t show.

As of this writing, endless questions surrounding its OS and additional specs are being mulled by many a blogger across the net. Only the coming weeks will tell how earnest Best Buy is on its effort to crack the burgeoning tablet market. Maybe we’d better keep our eyes glued to Mr. Stephen’s tweets.