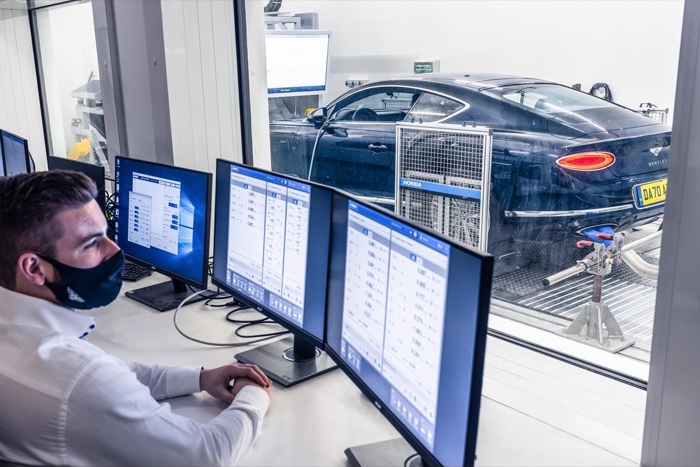 Bentley has announced that they are opening a new £12.5 million test facility in the UK, the new test centre is located at the company’s headquarters in Crewe.

The move is a major stepping stone in meeting the standards set by the United Nations Economic Commission for Europe (UNECE) and the achievement will allow Bentley to carry out in-house emissions, fuel economy and electric range testing to the highest global standards, all from the Test Centre that has been christened, 33 Pyms Lane. It is also a further endorsement of the stringent test regime now in place at the company’s manufacturing headquarters, where all Bentley cars are hand-built.

The independent authority certification represents another major step forward in the company’s drive towards electrification, a key pillar in Bentley’s Beyond100 strategy to become the world’s most sustainable, luxury automotive manufacturer. Crucially, the £12.5 million centre will allow Bentley to carry out the latest WLTP* fuel consumption and efficiency test procedures more swiftly in-house.

You can find out more details about Bentley’s new testing facility over at their website at the link below.