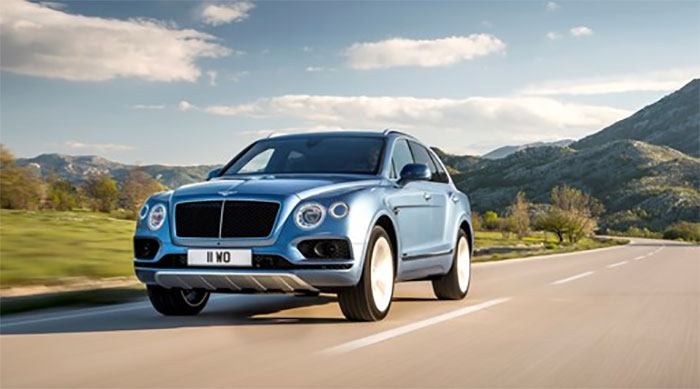 Bentley has unveiled its very first diesel powered vehicle and that big diesel is packed under the hood of the Bentley Bentayga SUV. The diesel engine is a 4.0L V8 unit that makes 429hp and 664 lb-ft of torque making for some serious grunt thanks to Bentley triple-charging technology. The diesel engine gives this version of the Bentayga the lowest CO2 output of any Bentley at 210 g/km.

The SUV can rocket to 100km/g in 4.8 seconds and has a top speed of 168mph. The massive diesel engine has its peak torque figure at only 1000 rpm. The large tank and decent fuel economy give the diesel Bentayga a range of over 621 miles per tank of fuel.

Under the hood, the Bentayga diesel might be very different from other modes, but inside it focuses on the luxury expected of a Bentley. Bentley uses variable geometry, sequential twin-scroll turbos and a third electric supercharger to generate power with very minimal lag. The diesel Bentayga gets 38.2mpg on the highway in the EU test cycle.