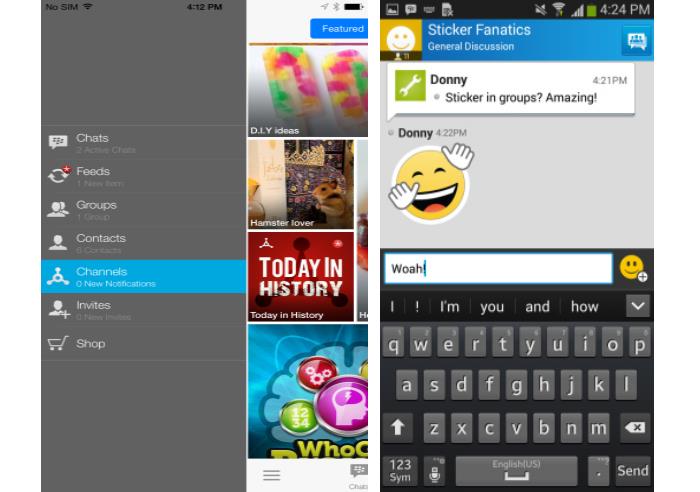 Blackberry has updated its popular instant messaging app BBM for iOS, Android and Blackberry smartphones, bumping it to version 2.6 and introduces several new features on board.

With the latest update, BBM users will be able to use the stickers in group chat, a feature which was requested on a number of occasions.

As for iOS users, the new update brings a new design for the app, as well as support for Apple’s latest operating system iOS 8. Furthermore, the app has been optimized for the newly announced Apple iPhone 6 and 6 Plus. It’s not just iOS, the company has also updated its Android counterpart, and introduced support for the latest Android 5.0 Lollipop operating system.

There are several other improvements as well, such as the ability to share multiple pictures and attachments at the same time on BBM for Blackberry 10.

If you happen to be a regular BBM user, head over to the respective app store and update the app.