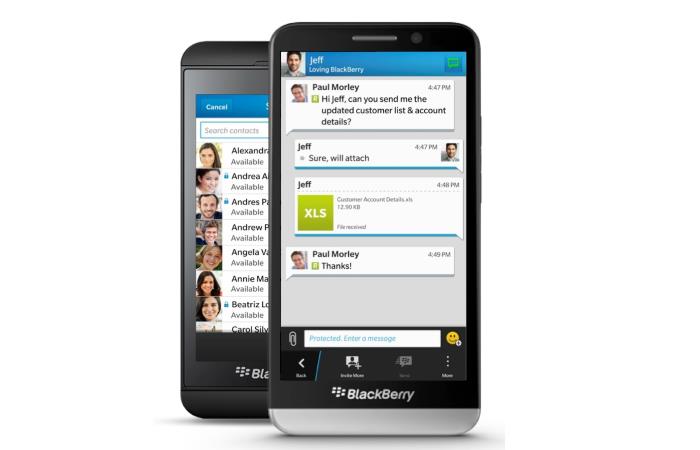 There are times when you wish you could just retract the messages you sent to anyone. Blackberry recently revealed that it will bring two new features to BBM in the coming weeks, which also includes message retraction.

The second feature is timed messages, which allows users to send messages which will disappear after a specific amount of time set by the users.

Starting with timed messages, users get the ability to set a timer on the message before sending it to the recipient. Just tap on the timer icon next to the text bar and choose a length of time you want the recipient to be able to view the message. The feature is present in apps like Snapchat, but Blackberry aims to make it better than it is on other apps. The message is hidden until the recipient touches and holds the chat. Once the timer runs out or if if the recipient takes their finger off the screen, the message will disappear. Yes, we know that people can take screenshots to keep the message, but if it is detected, a notification will be sent to the sender about this action.

Second is the message retraction. There are times when we send a wrong message to any recipient, if that happens in BBM, users will be able to retract it. Simply long press on the message you want to remove, and select “retract message” from the options. It’s also worth mentioning this feature works with messages in one-on-one chats, not pictures.

A limited beta of BBM is available for Blackberry 10, and Android users, but it will soon roll out in a stable form for all devices.