The new BBC Sport Kindle Fire application is now available in the UK Amazon App Store and will be rolled out worldwide over the coming weeks. 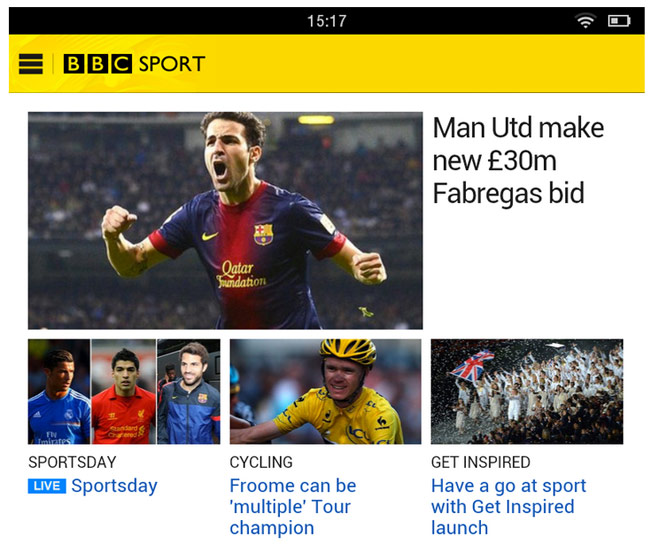 The new Kindle application provides the same features and functionality as its Android and iOS counterparts allowing users to keep up to date with all the news in the sporting world together with live scores video and more.

The BBC has also updated their iOS and Android BBC Sport app this week, adding more sports to the already extensive list available. New sports which have been added to the BBC Sport application include athletics, boxing, cycling and snooker.