In what can either be described as an indictment of the UN logo’s complete lack of memorable features or a testament to Bungie’s artists, a BBC news segment on Syria used the Halo UNSC logo to signify the United Nations. An official apology quickly followed, as well as a quick purge of the image from every subsequent broadcast. 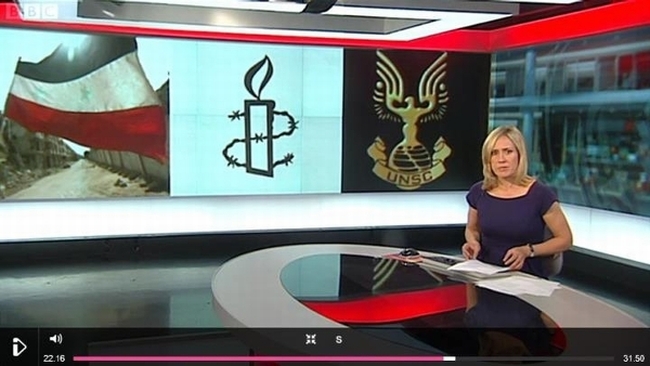 “BBC News makes every effort to ensure the accuracy of all images broadcast, however very occasionally mistakes do happen. Unfortunately an incorrect logo was used during a segment on last week’s News at One bulletin and we apologise to viewers for the mistake. The image was not broadcast in our later bulletins,” according to a BBC spokesman.