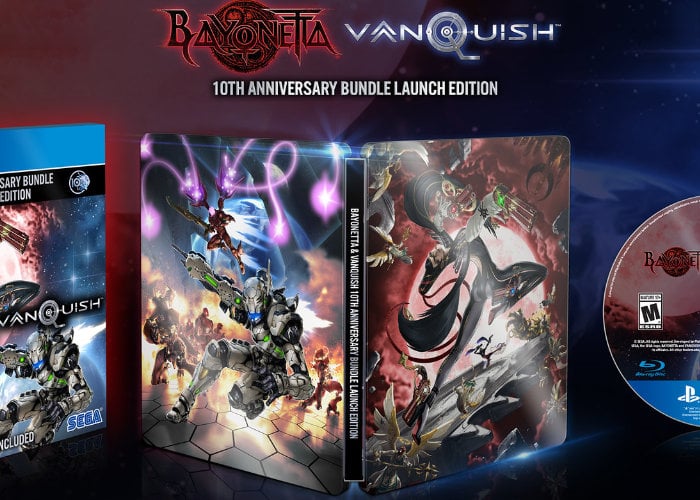 Jonathon Stebel Communications Manager from Sega has taken to the official PlayStation blog this week to reveal more details about the upcoming launch of the Bayonetta & Vanquish 10th Anniversary Bundle, which will be officially launching on the PlayStation 4 on February 18th, 2020. Watch the teaser trailer below to learn more about what you can expect from the PlayStation 4 bundles.

“Ten years after their original debut, Bayonetta and Sam Gideon return once more in the Bayonetta & Vanquish 10th Anniversary Bundle on PlayStation 4! We’re thrilled to finally bring the frantic action and unrelenting style of Platinum Games’ flagship titles to life in 4K at 60fps on the PlayStation 4 Pro. This hard-hitting combo pack launches on February 18, 2020.”

“If you’re brand-new to either Bayonetta or Vanquish, you’re in for a treat. Bayonetta takes fast-paced third-person action to the extreme, pitting the unflappable Umbra Witch Bayonetta against hundreds of angelic foes with an arsenal of interchangeable weapons, powerful abilities, and mystical beasts summoned through her incredible hair. Meanwhile, Vanquish redefines the cover-based third-person shooting genre by introducing elements from action games and beat ‘em ups, a wide variety of weapons, and some of the craziest boss fights you’ll ever see, creating an entirely unique experience that shouldn’t be missed.”

Two exclusive static themes will be available for fans who plan to pick up the bundle digitally and pre-orders begin today at PlayStation Store via the link below.

– Bayonetta & Vanquish Theme: show some love for the original Bayonetta and Vanquish cover art with this theme – available for all digital purchases.

– Bayonetta & Vanquish 10th Anniversary Theme: celebrate the 10th anniversary with a theme featuring the brand new cover art shown above. Available for a limited time for all pre-orders and purchases up to March 3, 2020, two weeks after launch.