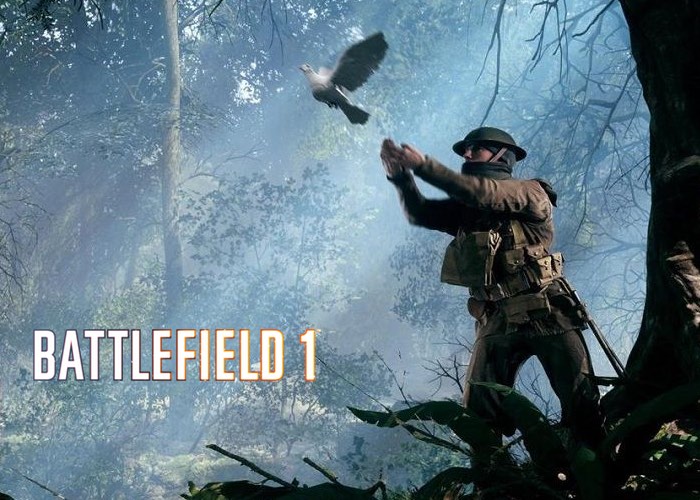 Those of you that have already seen a glimpse of the new War Pigeon mode that will be available in the new Battlefield 1 which is set to launch in a few days time on October 21st, 2016.

Might enjoy the video below during which Senior Producer at DICE, Aleksander Grøndal, explains more about what you can expect from the new War Pigeons mode in Battlefield 1.

– Assault: The primary anti-vehicle class. Assault players have SMGs and shotguns at their disposal.
– Medic: The Medic class is primarily focused on reviving fellow teammates, healing them. The primary weapons in this class are semi-automatic rifles.
– Support: Supports have light-machine guns at their disposal. They also contribute to the team by replenishing their fellow team-mates’ ammo and repairing vehicles.
– Scout: Scouts use sniper rifles. The class contributes to the team by spotting enemies, and by firing the flare gun, which places nearby enemies in the vicinity on the mini-map.
– Tanker: Players choosing to spawn into a tank will now automatically spawn as the tanker class. The class is new to the series, and features a hammer that can repair vehicles.
– Pilot: Players who spawn into a plane will now automatically spawn as the pilot class. Outside of planes, pilots have access to pistol-caliber carbines.
– Cavalry: Players who choose to spawn on a horse will spawn as the cavalry class.
– Elite: Elite classes are obtained by players through a pickup on the battlefield, which allows them to wield different special abilities or weapons such as the flamethrower. This class has different variations such as the Sentry, Tank Hunter, and Flame Trooper.