This just in from a lab in New Orleans: A team of scientists have discovered a bacterial strain that reduces old newspapers to a viable substance whose applications include car fuel. The hero of this particular breakthrough is TU-103. The magic part is when it comes into contact with cellulose derived material, e.g. paper, it produces butanol. 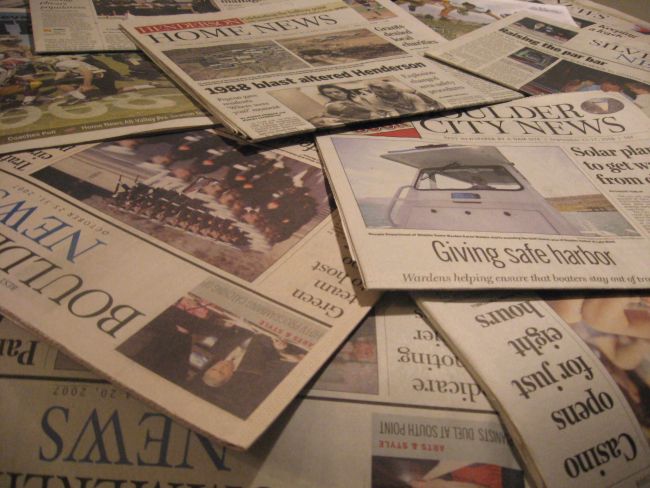 Butanol? To think it was first discovered by the scientists involved in this particular breakthrough in samples of animal feces. Turns out butanol and cellulose, which is found in all plant life on Earth, are a fine mix when alternative fuels are needed. What makes butanol superior to the much more popular ethanol is it’s an instant substitute to gasoline, requiring no changes in car engineering.

The newspaper discovery came in as the scientists–David Mullin, Harshad Valenkar, and Hailee Rask–were experimenting with their new favorite bacteria on old editions. Mullin and Co. are busy applying for a patent that could further diversify the alternative fuel market. Here at Geeky Gadgets we’ve been praising bacteria in a few recent posts as well. The unseen microscopic organisms are the true masters of this world.

How this will eventually impact the automobile industry is uncertain at the moment, but such alternatives as butanol could be useful in the emerging era of compact city cars that don’t do much except travel short routes in an urban environment. So does this mean we need to starts reading stuff in dead tree format again to run our cars?